Roger Federer will open his 2020 Australian Open bid against Steve Johnson, while Rafael Nadal will take on Hugo Dellien in the first round.Reigning champion Novak Djokovic, who could meet the former in the semi-finals, begins his defence against Jan-Lennard Struff. 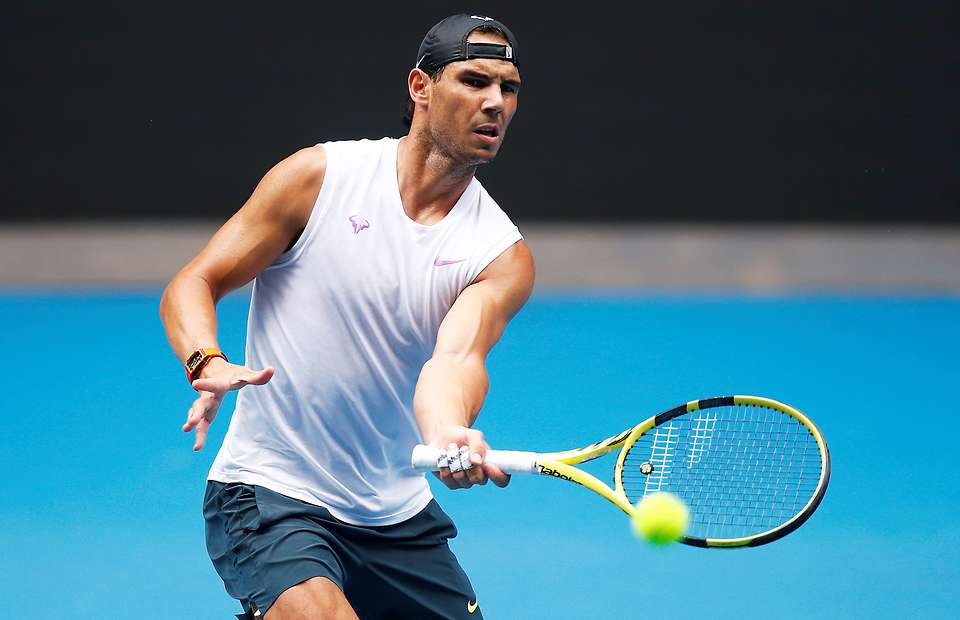 Federer, 38, is bidding for his seventh title in Melbourne and 21st Grand Slam overall.He won back-to-back Australian Open titles in 2017 and 2018 before a fourth-round exit at the hands of Stefanos Tsitsipas last year.

Tennis writer Gaspar Ribeiro Lanca shared his potential path to this year’s final:Federer has a 2-0 head-to-head record against Johnson and won all three of his meetings with Filip Krajinovic, but Hubert Hurkacz could prove a little tricky in the third round.

The 22-year-old hasn’t made it past that stage in a Grand Slam before, but he beat world No. 5 seed Dominic Thiem at the ATP Cup earlier in January, as well as picking up a further four wins over top-10 ranked players last year.

Federer enjoys a 7-1 record against potential fourth-round opponent Grigor Dimitrov, but the Bulgarian won in their most recent encounter, in the quarter-finals of the U.S. Open last year.

If the veteran can navigate those tests he’ll be rewarded with what should be a straightforward quarter-final against Matteo Berrettini or Fabio Fognini. He’s never dropped a set in a combined six meetings with the two Italians.

Naturally, things are set to heat up in the final four, where he’ll likely face either Djokovic or Tsitsipas, who knocked him out last year.

Seven-time Australian champion Djokovic will be the favourite in his potential meeting with the Greek, but they have an even head-to-head record in four meetings. Notably, Tsitsipas won on both occasions when they’ve played one another on hard court outdoors.

As for Nadal, he won his sole Australian title in 2009. He has since reached four finals but lost on each occasion, twice to Djokovic and once apiece to Federer and Stan Wawrinka.

The 33-year-old will equal Federer’s record of 20 Grand Slams if he can put an end to that losing run in Melbourne.

Despite Federer and Djokovic being on the other side of the draw, it could prove a difficult route for the world No. 1 after the early rounds.

The Spaniard has never met Dellien, and he’s unlikely to have much trouble against Federico Delbonis, Joao Sousa or compatriot Pablo Carreno Busta. He’s 3-0 against the first two and 4-0 against the latter.

The fourth round could be tricky if he faces Nick Kyrgios, though. Nadal has dropped just one set in seven matches against Karen Khachanov, but he only just has the edge over Kyrgios with four wins from seven meetings.

Nadal and Kyrgios met twice in 2019, winning once apiece.

No. 5 seed Thiem and No. 4 seed Daniil Medvedev could then await in the quarter-finals and semi-finals, respectively.

Nadal and Thiem have played one another 13 times, with all but one of their matches being on clay, and the latter has four wins. Nadal won their only hard court meeting at the U.S. Open in 2018, but he needed five sets to beat the Austrian, who bagelled him in the opening set.

The 19-time Grand Slam winner also needed five sets to beat Medvedev in the final at Flushing Meadows last year. It was one of six consecutive finals the Russian made in 2019, and his only defeat in five matches at the ATP Cup earlier this month was against Djokovic, so he’s in good form.